Jubilee House is located is at 2 Farthingale Walk, Stratford. The site closely neighbours Bridge House and Broadway House, the latter of which is currently occupied by The London Academy of Excellence (LAE).

The existing building currently serves as office spaces which is occupied by HM Revenue and Customs and DWP. Both are intending to leave the accommodation in 2023 with the existing structure tired and no longer fit for purpose.

In light of upcoming uncertainty surrounding the future occupation of the space, an opportunity has been identified to create a landmark development that provides a vibrant and open Youth and Education campus for LAE.

The plans for Jubilee House would mark the first phase of an emerging masterplan for the wider site including Bridge House and Broadway House, with our vision for the whole site (Stratford Assembly) centered around the need for creating a new space for existing and future residents to live, work and study.

In addition,  as pictured below, the proposed public realm changes will include the new eastern Jupp Road bridge access. Proposals for a replacement bridge span and a new western bridge access will be submitted as a separate planning application. 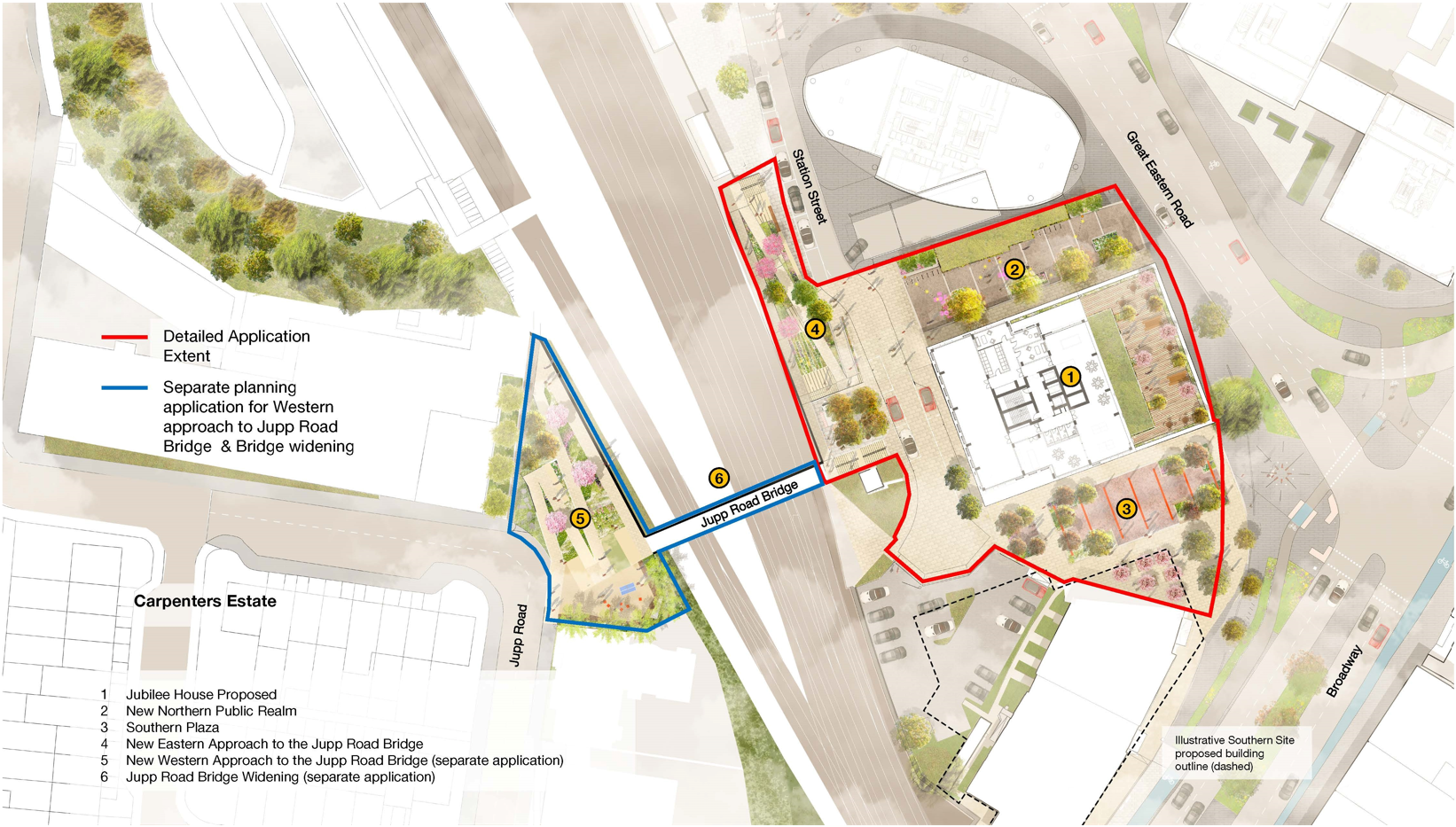 The London Academy of Excellence (LAE) is looking for a new home and the Jubilee House development represents a defining moment in the development of the academy as it seeks to build upon its success to date and secure its future in Stratford.

LAE was the first 16-19 academy to be established under the Coalition Government’s free schools programme in September 2012, opening at Broadway House in 2012. It was established in Stratford to address a shortage of academic A-Level provision and improve progression rates in Newham for students aspiring to win places on competitive degree courses at top universities.

LAE is the most successful school of its type (16-19 academy) in the country and the academy’s excellent A-Level outcomes regularly place it in the top 5 state schools overall. 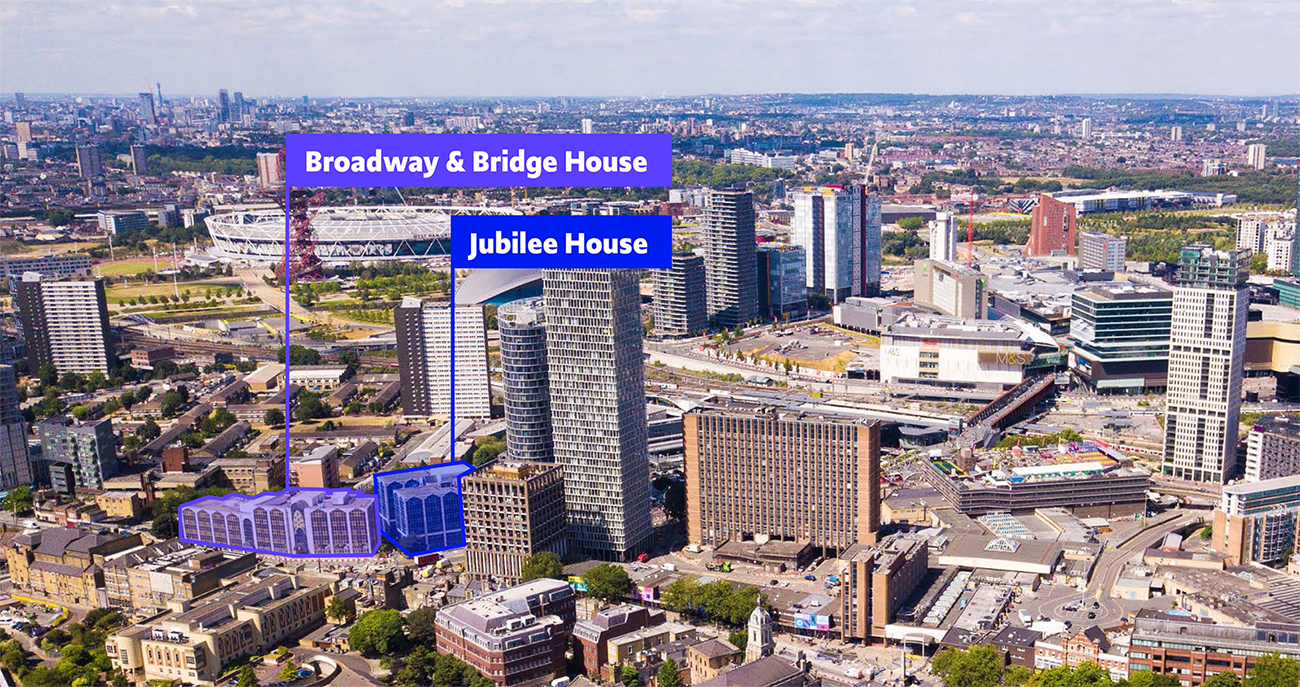